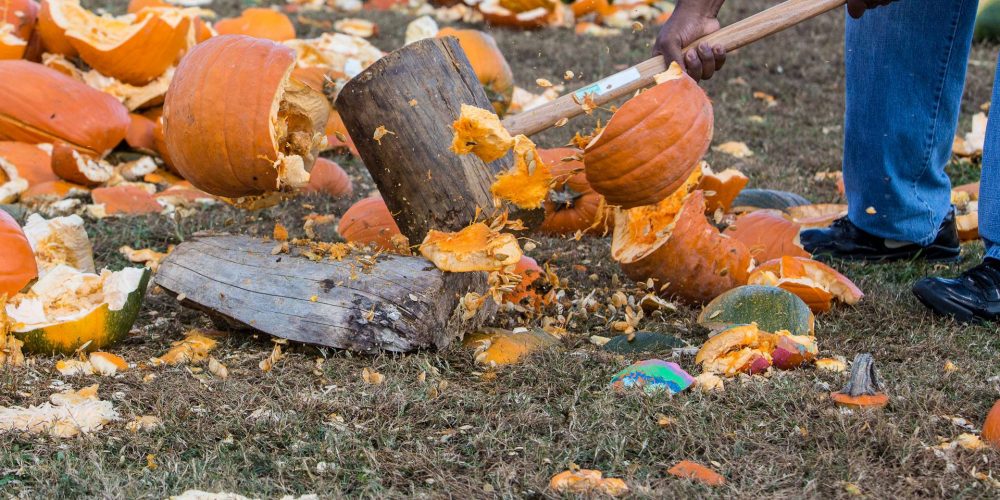 It may be the first you heard of it, or you may celebrate and not even be aware. Pumpkin Destruction Day is a nationally recognized holiday. It’s the Saturday after Halloween dedicated to smashing, crushing and destroying gourds. “It is a legit holiday, an obscure one, but it is official on the books!” boasts Adam Pugh. The holiday got its start at the Rock Ranch. “It’s cool to say… I created a holiday.” 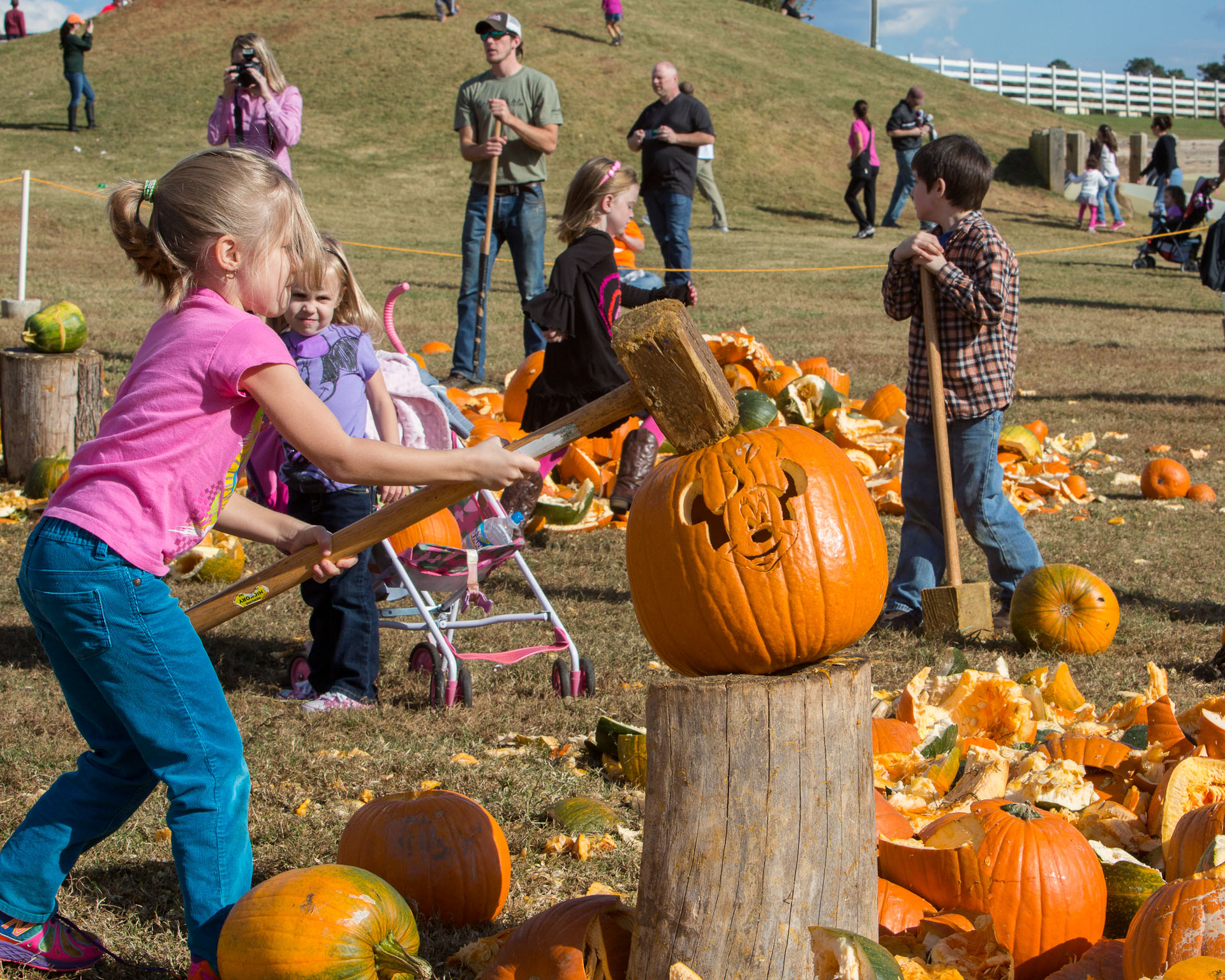 Adam Pugh is the general manager of the Rock Ranch, a 1,500-acre ranch created by Chick-fil-A founder, S. Truett Cathy as a foster home for children. In 2006, to continue being a good steward to the land, the ranch opened to the public. It started as a small operation, with Fall Family Fun Days, offering a pumpkin patch and other fun attractions. At the end of the season, half a patch of pumpkins remained, enough to fill a tractor-trailer. Pugh approached the acting manager with an idea, “we teach people about being good stewards [to the land], so we should at least compost the pumpkins,” the manager agreed and asked for a press release inviting neighbors to compost their pumpkins too. However, Pugh wanted more, “Do you mind if we invite people to bust them and make a fun day of it?” 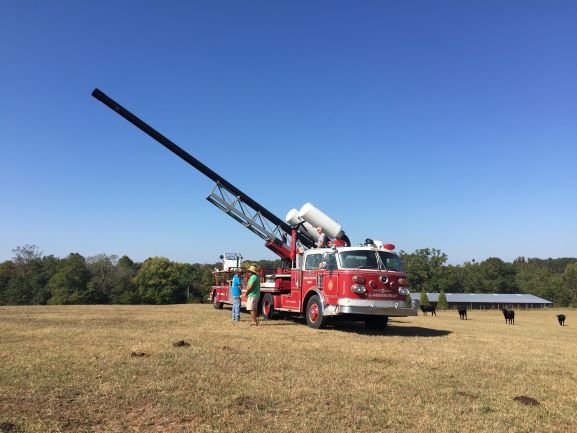 The first year, the ranch rented a vibratory packer, 40’ lifts, and built “Gallagher-like” mallets for destructing pleasure.  Over the years, the methods of destruction have evolved. In fact, even their pumpkin cannon upgraded. “Our first pumpkin cannon we built from scratch. For the tank to hold the air we used an old propane tank. We took a torch, cut holes in it, welded pipes, mounted it to an old Nissan truck body and it had a hydraulic lift to raise the barrel. But now we upgraded to this super awesome, breech loaded, high-tech, remote control, firing mechanism on a hook and ladder fire truck,” Adam proudly explains. The truck came from Oregon. The fancy cannon was designed for “Punkin Chunkin,” a TV show on the Science Channel.  Now it has a permanent home at the Rock Ranch. It can launch pumpkins a mile away, but during demonstrations, the pumpkins are aimed high and reach about 350 yards. Each year the ranch adds new ways to smash, crush and obliterate pumpkins. This year visitors can expect the cannon, 40’ lifts, mallets, pumpkin bowling, reverse pumpkin darts, pumpkin slingshots, and more.  At the end of the day, there’s a giant pumpkin drop with pumpkins weighing 150-250 lbs. The pumpkins are filled with water or flour for a dramatic SPLAT.

The Rock Ranch encourages visitors to BYOP (bring your own pumpkin) to be composted. Pugh told a story of a little boy who brought his jack-o-lantern, carved with the face of Nintendo’s Mario, to the top of a 40’ lift, perched high on a hill, “he said, ‘Goodbye Mario!’ as he pushed it over the lift. The kid just loved it! He got such a great joy watching Mario splat on the ground,” Pugh laughs.

If you don’t have your own pumpkin, Rock Ranch has plenty for you to destroy. Not only is Pumpkin Destruction Day a blast (literally) it’s also good for the environment. Last year, it is estimated that 6400 pumpkins were destroyed and composted.  The pumpkins are put back into the earth along with other rotting fruits, vegetables and yard waste. By next season, the pumpkins are rich, fertile soil used in the fields.  The Rock Ranch also has a neighboring farmer who feeds the pumpkins to his pigs. 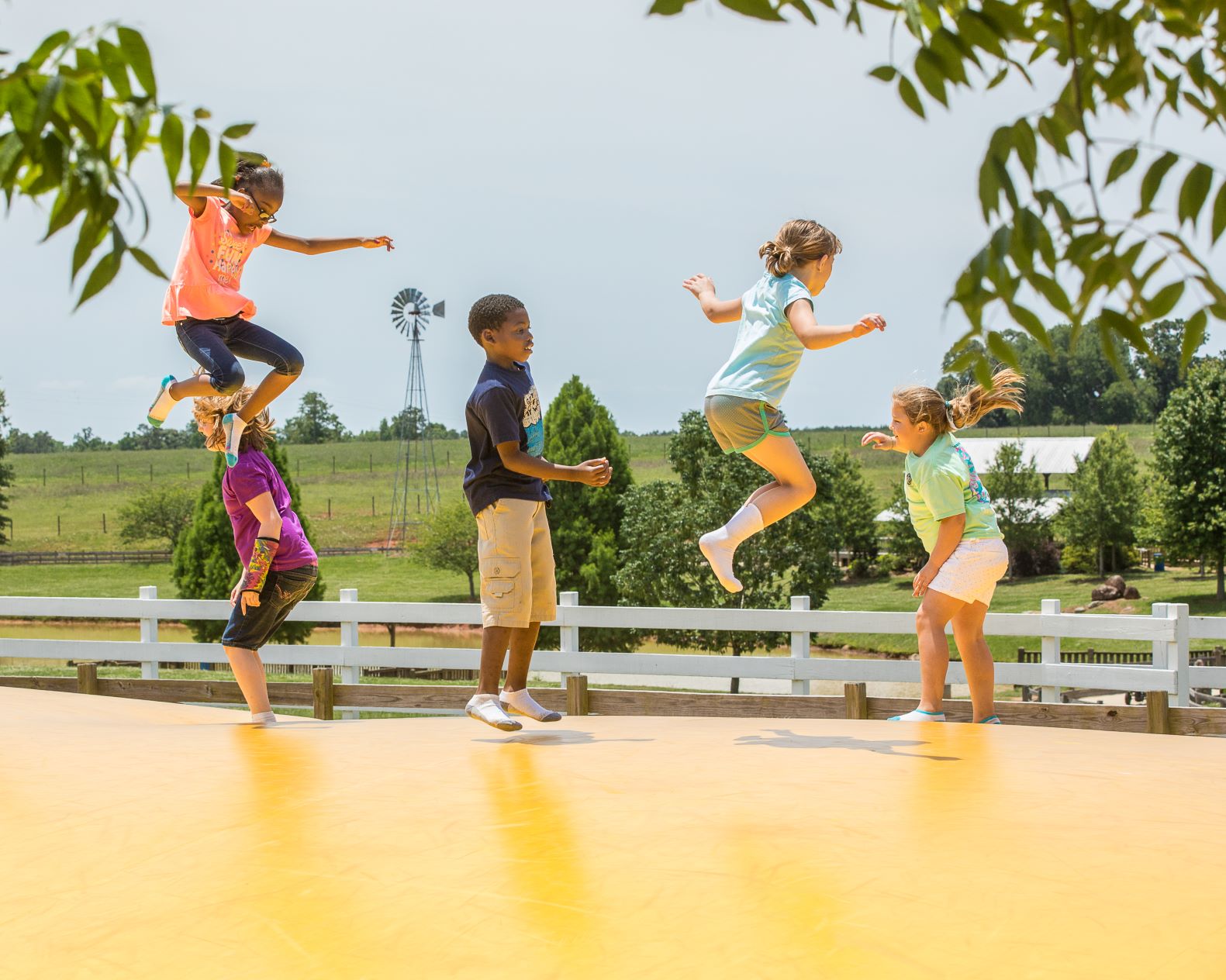 For more information about Pumpkin Destruction Day and The Rock Ranch, including tickets and special pricing, visit their website TheRockRanch.com or find them on social @TheRockRanch.

Fall Fun at the Rock Ranch