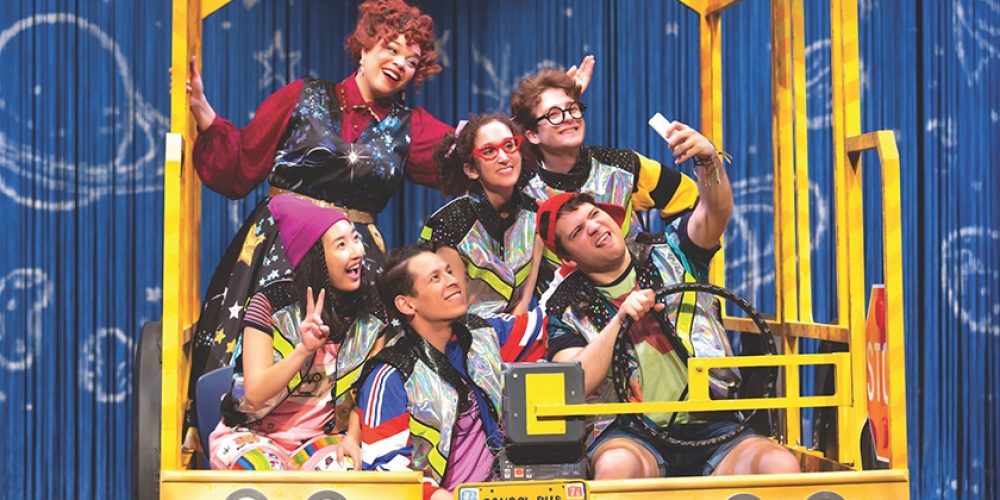 Columbus, Georgia – RiverCenter invites audiences to come aboard and prepare to explore the universe with TheatreWorks USA’s production of The Magic School Bus: Lost In The Solar System on Saturday, September 29 at 10:00 AM and 2:00 PM. The 10 AM performance is a special sensory-friendly performance, designed for children with special needs.

“For this season, adding sensory-friendly performances to our schedule is a natural progression for our commitment to making RiverCenter more accessible for our entire community,” said Norman Easterbrook, Executive Director of RiverCenter. “The accommodations offered in sensory-friendly performances include keeping sound levels down, keeping low lighting in the auditorium and allowing the audience to come on stage to get familiar with the actors in costume and the set. We will also be providing other amenities that we hope will make the RiverCenter experience more accommodating for audiences with special needs,” said Easterbrook. “We are not only doing this for this public performance but all of our school-time shows will have a performance that is sensory-friendly. As a community service organization, we have a responsibility to ensure that as broad a population as possible can access as much of our programming as possible.”

In this new musical adaptation of the original book series published by Scholastic, the class gets lost on the way to the planetarium, but Ms. Frizzle saves the day by blasting into outer space for an epic, interplanetary field trip. As rivalries, both old and new, threaten to tear the students apart, the young heroes learn to pull together or risk getting forever lost in the solar system. Produced by TheatreWorks USA, an award-winning, non-profit children’s theatre, the show joins the company’s repertoire of 133 original plays and musicals. They will return for two additional Discovery series shows this season, Charlotte’s Web in November and Rosie Revere, Engineer in January.

The Magic School Bus: Lost in the Solar System is sponsored by Liberty Utilities, and the Discovery Series is supported by the Georgia Council for the Arts and the National Endowment for the Arts.