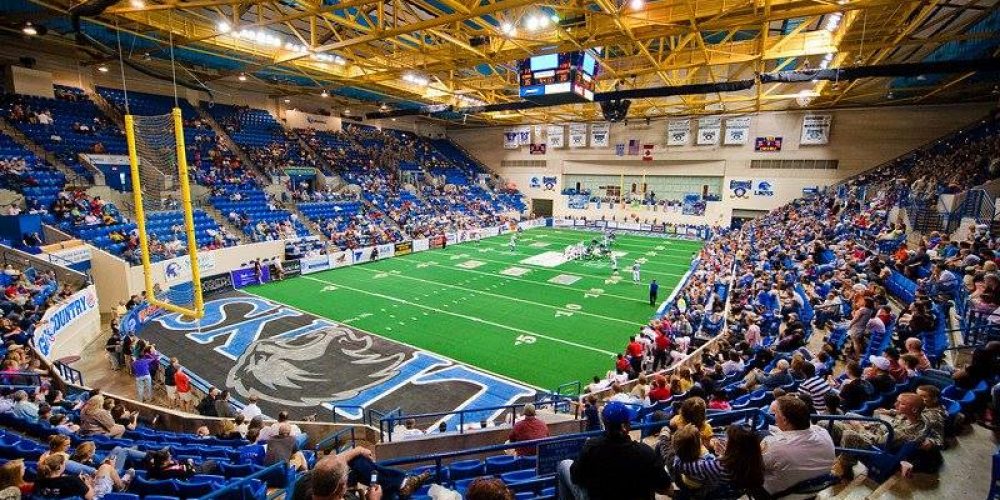 The Columbus Lions are set to kick off their new indoor football season this spring at the Columbus Civic Center (initial April 17 start date has been postponed). The Columbus Lions games are a family-friendly outing that kids of all ages will enjoy.

Indoor football is played on a padded floor and is 50 yards long by 85 feet wide. There can be eight players on the field at a time and the football used is the same size and weight as in NFL games. The other rules of the game are similar to outdoor football. Players to watch during the 2020 season include Mason Espinosa at quarterback, Kamryn Pettway from Auburn at running back and Lonnie Outlaw at wide-receiver.

The Lions often arrange for special guest appearances at the pre-game show. Halftime and times-outs are filled by family-friendly performances that will keep everyone in your family entertained. After the game, players are available on the field for pictures and autographs.

Kids can join Leo’s Cub Club and get special access to the field at home games during player introductions and have the opportunity to high-five their favorite players as the players walk onto the field. Club members also get a discount when scheduling a birthday party at a Lions game.

In the summer, the Lions provide an opportunity for kids ages 12 and under to play in an NFL Flag Football league and also offer a summer camp for kids ages 7 to 13 years. The NFL Flag Football League games are played inside the Columbus Civic Center. There are five games in the season and some teams will have the opportunity to play an exhibition game at halftime during a Columbus Lions game. The summer camp is scheduled for June 15-17 at the Columbus Civic Center. At the camp, Columbus Lions players work with kids to improve their football skills.

Home game tickets can be purchased by calling 706-322-3336. Visit columbuslions.net to register for the Cub Club, the NFL Flag Football League and the summer camp. Also check for confirmed game dates.