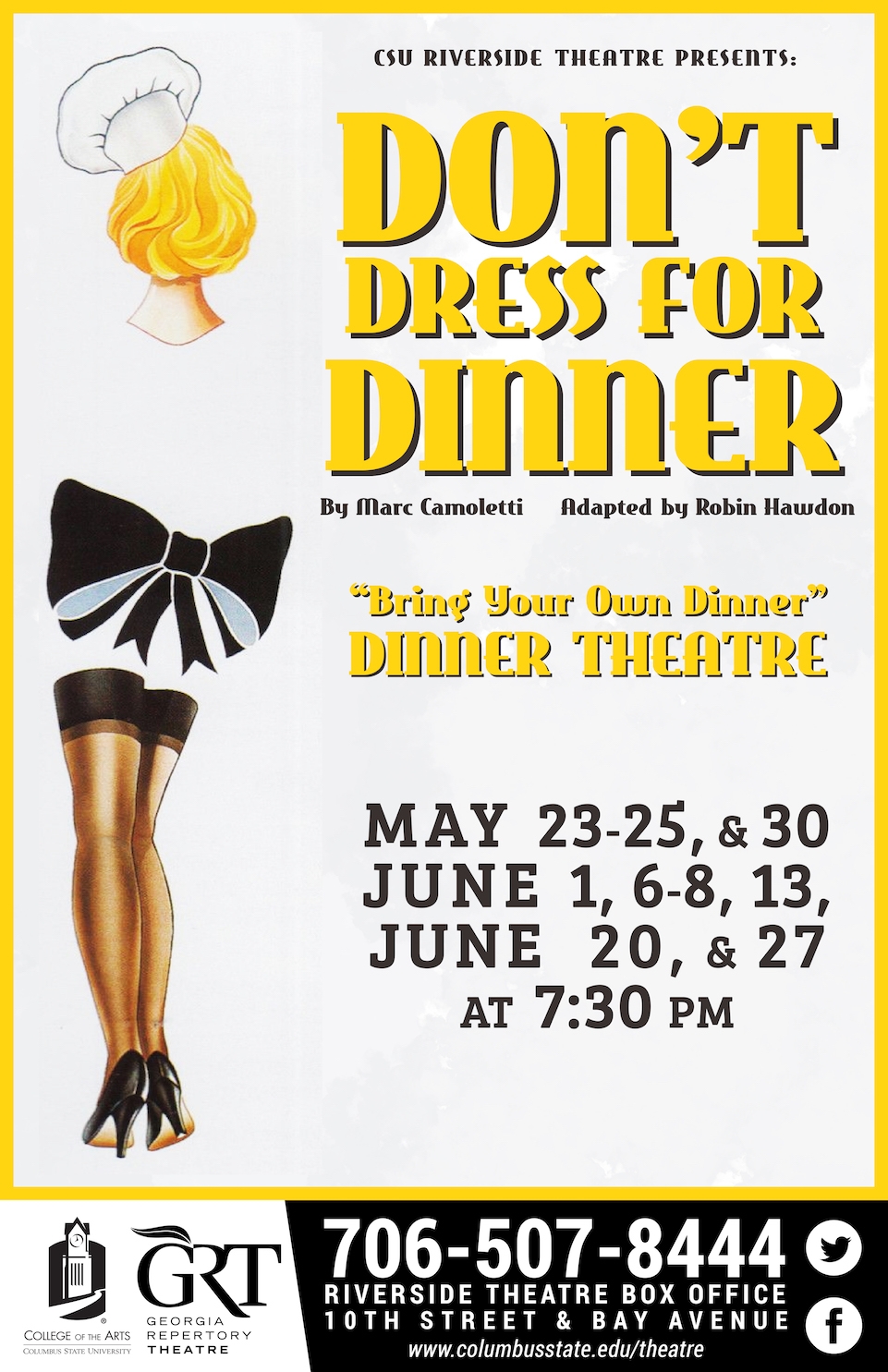 Bernard’s plans for a romantic rendezvous with his mistress are complete with a gourmet caterer and an alibi courtesy of his friend, Robert. But when Bernard’s wife learns that Robert will be visiting for the weekend, she decides to stay in town for a surprise tryst of her own… setting the stage for a collision course of assumed identities and outrageous infidelities. The cook is Suzette, the lover is Suzanne, the friend is bewildered, the wife is suspicious, the husband is losing his mind, and everyone is guaranteed a good time at this hilarious romp through the French countryside.

This boulevard comedy was a smash hit in Paris, where it played for over two years, and in London, where it ran for six years at the Apollo and Duchess Theatres. It has since played in theatres all over the USA and the English speaking world and was revived in Chicago and on Broadway at the American Airlines Theatre in 2012. This production was nominated for two Tony awards.

The box office will be open the week of the performances and will be open one hour prior to showtime for each showing. Call David McCray to get your tickets!